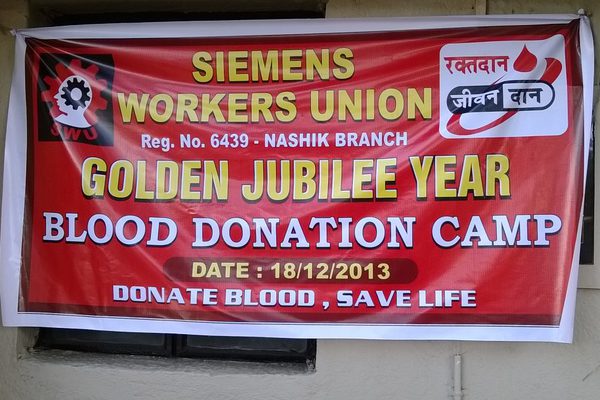 Union has been carrying out similar activities as a social responsibility at different locations.This camp was organised after working hours at our Union Office (Fredy House) in Nashik.The atmosphere at the camp was very enthusiastic and the event was carried out in a disciplined and careful manner.

Certificates were distributed to the successful blood donors.