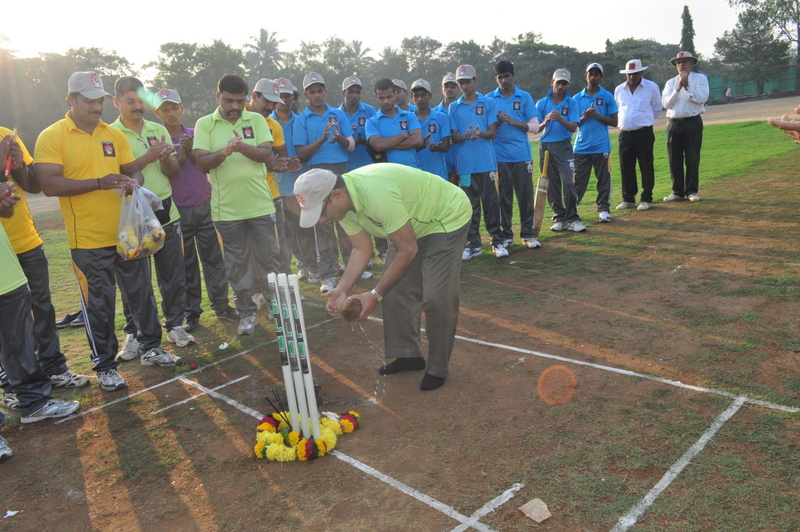 Our Union is celebrating Golden Jubilee Year (1964-2014). On the eve of it Union has organised  Cricket Tournament at Dombivili Gymkhana  MIDC Dombivili East  Maharashtra on 5th January 2014.

The participating teams were Motors, Switchgear, Switchboard, Central, Training Centre, Transformers, Satellite-Rabale, Turbhe, Nashik and Aurangabad. Motor was the Winner and Training Centre was the Runner Up.

Following were the winners of different prizes:-

MILIND SHINDE, TUSHAR TANDEL, AJAY PATIL, SHAILESH GAWALI, NILESH HADKAR, SUMIT SALVI  were the “MAN OF THE MATCH” selected from all the matches.

One day tournament event was very colourful and joyful. Such tournament brings people together and encourages Team Work.

We are thankful to the volunteers who made this tournament a grand success.