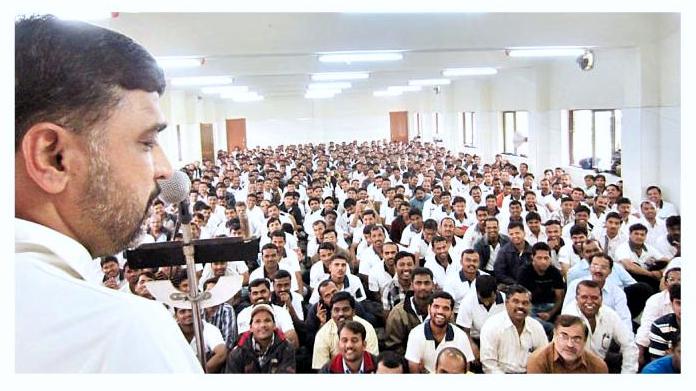 On 13TH July around 25 representatives from our Union joined the struggle of Bajaj Workers at Akurdi to show Solidatrity. Mr. Dilip Pawar President of Vishwakalyan Kamgaar Sanghatna Union explained about the demands raised over management. Bajaj Union has launched protest demonstration against management stand. This was 19th Day of their stoppage.

The union’s demands include 25% wage hike.

Reinstatement of some suspended employees and bringing back to Chakan plant those transferred outside.

It is also demanding that workmen be given an option to subscribe to 500 equity shares of the company at a discounted price of Re 1 per share.

Industriall Global Union has also shown their support for this struggle.