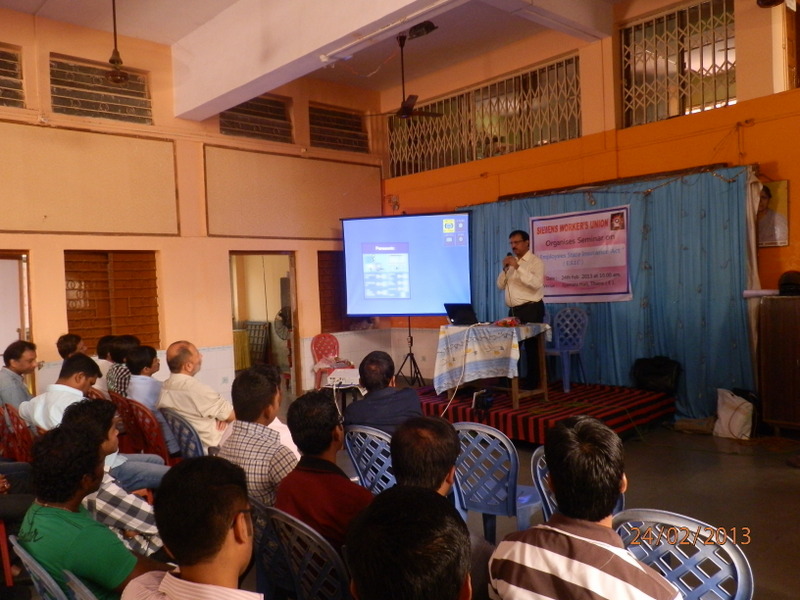 On 24th february 2013 informative Seminar on Employment State Insurance Scheme was organised by our union at JiJamata Hall, Thane (E).

Deputy Director Mr. Waghmare along with his team was kind enough to be present and guide the audience. Representatives from Sarva Shramik Sangh, airport Authority Contract Employees Union, Krantikari Kamgar Sanghatna and Committee members and workers of our Union had participated in this Seminar.

Mr. Waghmare has shown the Documentary on ESIS benefits, Hospitals etc. He also differentiated between ESIC and ESIS, he mentioned that the keep up of hospitals are with the state and other departments with Central Government.

His team explained about the ID Card of ESIC , Medicines, Accidental Insurance, Paid leave and also provided the help for the same by providing their contact nos.

Mr.Nair from Sarva Shramik Sangh and other representatives ask several questions and got the doubts cleared.

It was a very Informative and Useful Seminar which cleared many doubts and highlighted the importance of ESIS to all workers covered under the same.