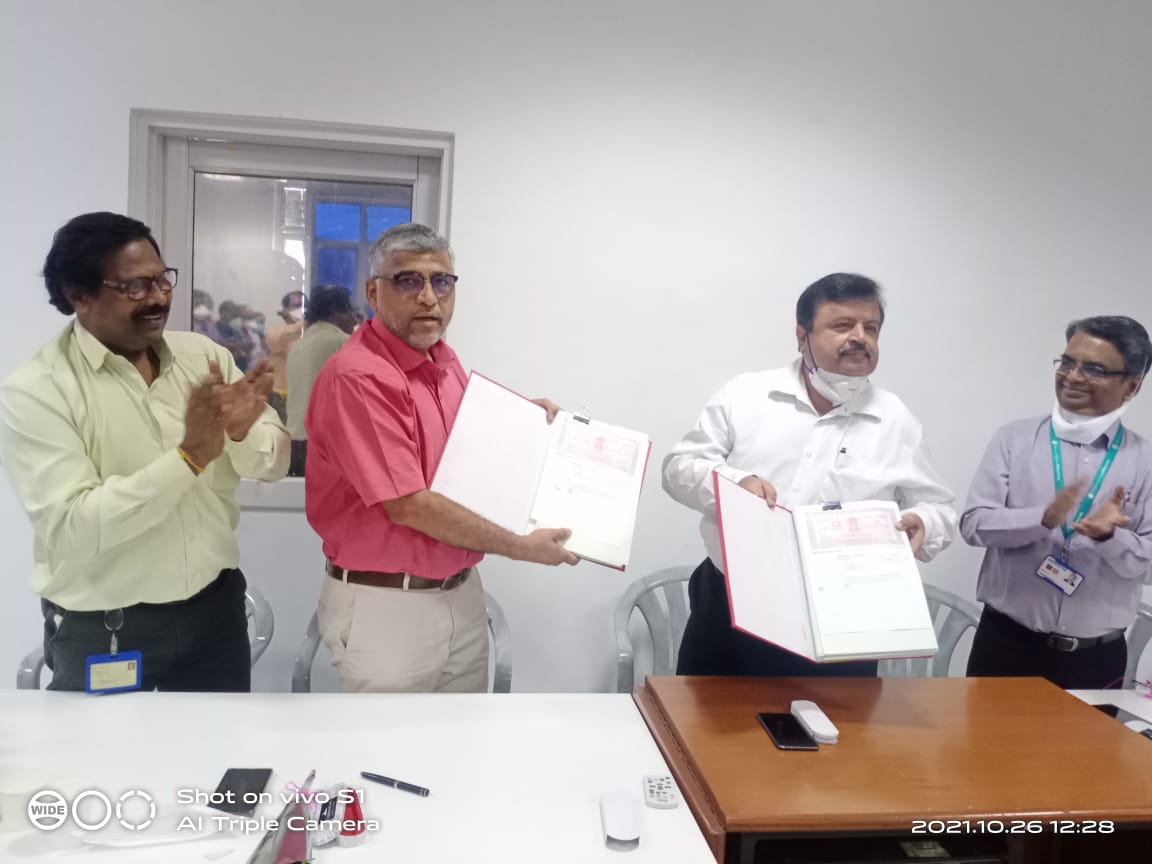 On 26th October 2021 Union signed Wage Settlement for Nashik with the Company.

This agreement was signed after facing many difficulties on many grounds internally as well as globally. This wage settlement was supposed to get settled in the month of July but there was a dispute because of some misunderstanding right before the day of signing.

But SWU and also the management were keen on settling it across the table and once again both Management as well as the Union were able to settle demands of each other by mutual discussion rather than going to the authorities.

Mr. Praveen Deshmukh General Manager HR said that the new recruitment scheme agreed by SWU as well as the Introduction of Siemens Skill Development Center in Nashik are the main highlights of this settlement. This settlement has given the management the challenge to bring new products in Nashik and helped in making Nashik sustainable.

Mr. Mahesh SawantPatel, President SWU paid homage to our ex-president Com. Uday Mahale on this occasion and thanks for the path paved by him which guided us through this process. He also mentioned that All is well that ends well and now that we have come to an agreement, we should work hard to make our company sustainable and also profitable.

Mr. Deepak Kulkarni was quite emotional during the full process of negotiations. He was satisfied with the outcome of the negotiations and was confident that Nashik factory will grow and now that he is going to retire in coming years whenever he will pass through the road where the factory is situated he will feel proud that he has laid one brick that led to the growth of the factory where he worked for so long.

Mr. Girish Ashtekar General Secretary SWU, said that though the settlement was delayed for a very long period the negotiations were fruitful. He said that he had mentioned it many times to the management about utilizing the space and skills of Nashik and it needed to grow. This settlement has definitely given management the confidence to sustain and grow phenomenally.    By increasing the working hour’s by 30 mins per day the 10 closed Saturdays of nashik were increased. He requested the management and also the members to go by agreement as it is a package.

Union has succeeded to settle similar monetary gains in line with Kalwa. The settlement was signed by Mr. Praveen Deshmukh Vice President HR and Mr. Deepak Kulkarni Works Manager, Nashik on behalf of management and Mr. Girish Ashtekar General Secretary and Mr. Mahesh SawantPatel President on behalf of the union. Committee members and the management representatives were present on this occasion.

The workmen in Nashik showed their happiness as they always do with crackers and a small felicitation ceremony.