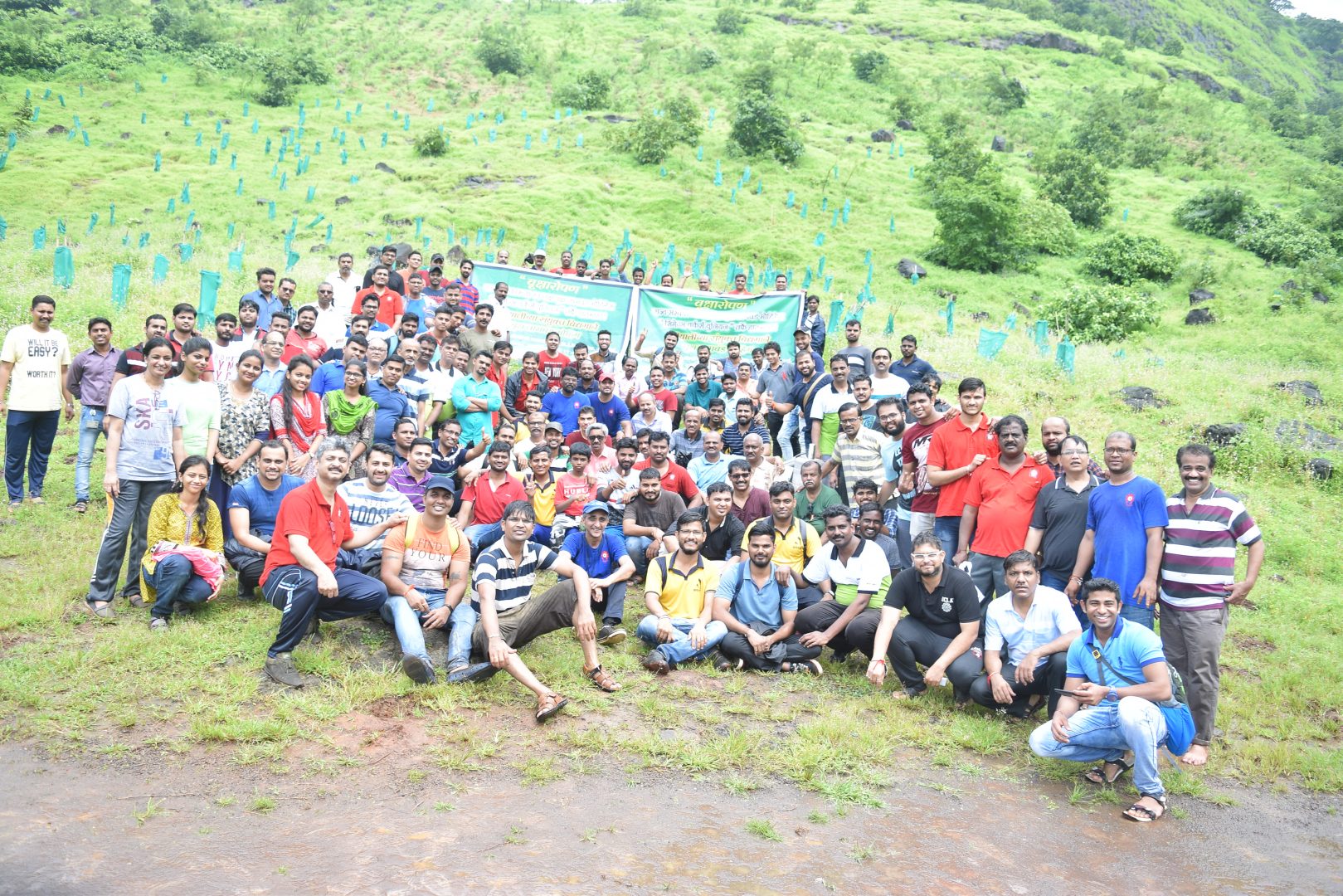 It has been an initiative of SWU for the past 8 to 10 years to contribute the conservation of nature. Even this year on 2nd sept 2018 around 150 volunteers of SWU joined hands with “Hariyali” to support the 13 Lakh Tree Plantation Initiative of the Maharashatra State government.

The volunteers reached the spot for tree plantation given to us by Hariyali was near Mogliche dam, Dighe, Navi Mumbai at 8.00 am in the morning. 12 groups were formed with a group leader for every group and one volunteer from Hariyali guided two such groups to carry out the task of tree plantation at six different locations which also included slopes on the mountain near the dam.

Around 125 saplings were planted which were less compared to the previous years but this time not only the planting of saplings was done but before that the digging of pits and after the plantation the volunteers also secured the plants by putting a fence of bamboo around the plants and also covered the fence with green cloth which saved the small plants from getting eaten by animals who came for grazing.It was different experience and learning also. The action packed activity got over at around 11.15 am.Mr Godbole from Hariyali thanked the whole group as usual for doing the task in a disciplined manner and with correct co-ordination and cooperation. He expressed  that we will continue to work together in future also.