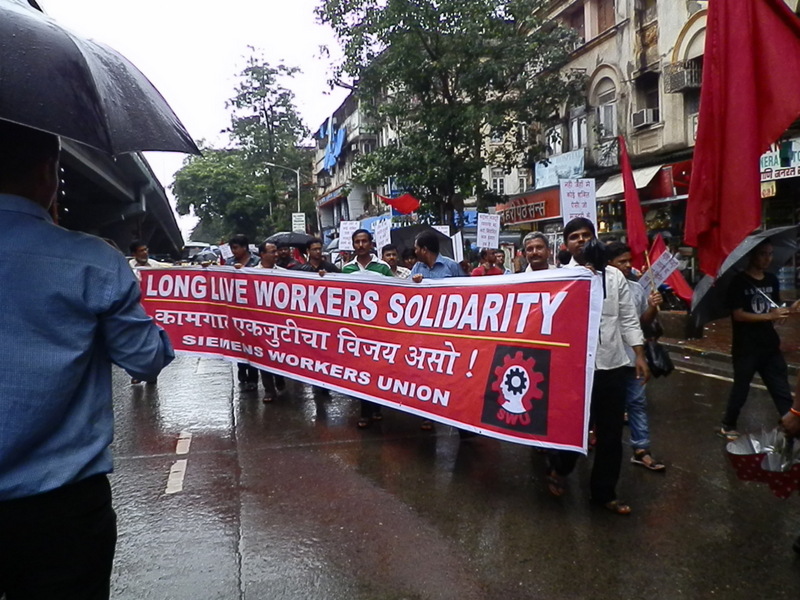 On 18th July 2013 Maruti Suzuki Kruti Samiti (Action Committee) organised a rally from Parel TT to Dadar Vanmali Hall (Mumbai) in Solidarity with the workers of maruti suzuki in Manesar.

Comrade Vasudevan Presented the report on the progress about the struggle in Manesar.

Songs and Poems from different Organisations were presented which showed the need for Solidarity among unions.

A street play was performed showing the situation in the Maruti Suzuki factory.