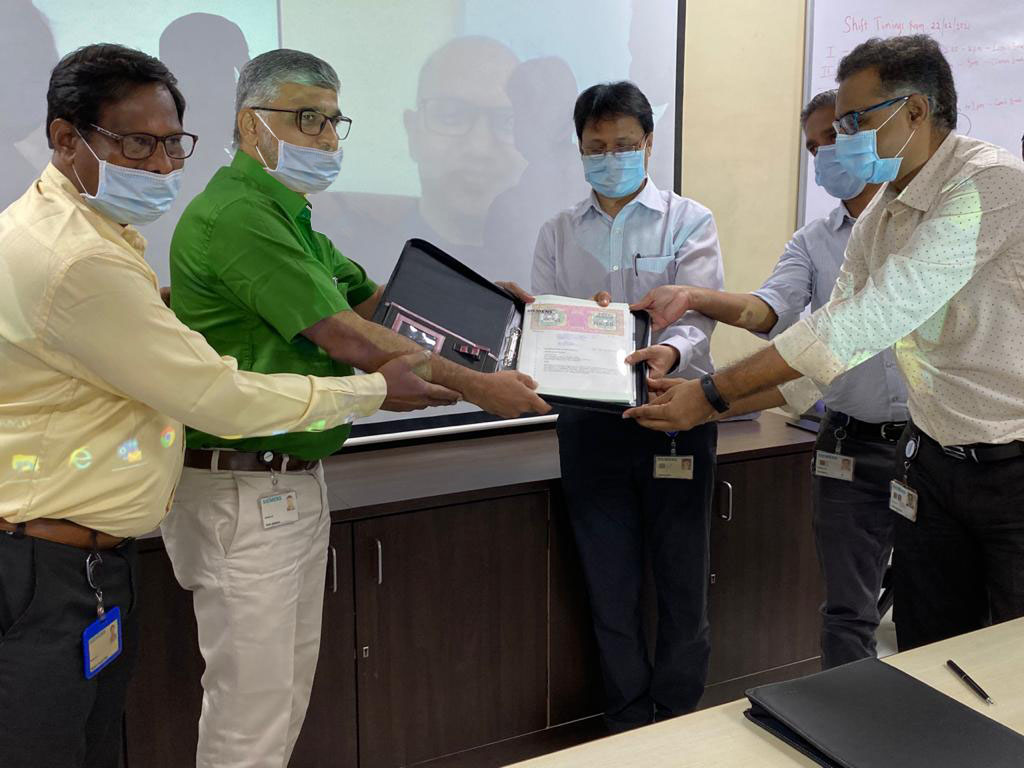 On 19th August 2021 Union signed their First Wage Settlement for the Units of Goa with the Company.

After the formation of Union in Goa in June 2018 the union served the Charter of demands for the workmen of goa in August 2018. The negotiations for the wage demands started in the month of Dec 2019.

All the Executive Technicians are now designated as Workmen.  Dearness allowance as per Consumer Price Index has been introduced. In all around 32% -40% wage rise has been given. This settlement will be binding on both the parties for the period of three years. These workmen have received the arrears for the period they were termed as Executive Technician.  It is also agreed that additionally some amount will be linked to Quantity Based Incentive.

The workmen of Goa had not received any wage increment in 2019 as they had formed union and were no longer Executive technicians. Even though there was pressure from the shopfloor to settle it fast the members of Goa showed a great deal of patience and never resorted to any indiscipline.

Mr. Mahendra Wani General manager & Location Incharge Goa said that the Quantity based incentive agreed by the union will change the working culture of goa and lead to magnificent results in days to come. He also said that he is confident that with SWU the Location in Goa will Prosper.

Mr. Pravin Deshmukh General Manager HR participated the Occasion of signing through MS Teams. He said to the workers of Goa that now that you have signed a settlement with the company you have more responsibility towards following all that is mentioned in the agreement and make path for many more agreements to come. We both should work hard to make our company sustainable and also profitable.

Mr. Girish Ashtekar General Secretary SWU, said that though the settlement was delayed for a very long period the negotiations were fruitful. Union has co-operated the Company considering the impact of pandemic on the business while settling the arrears. With this settlement we are sure that Goa Unit will prosper. We have assured the company cooperation, quality product and good work culture. The management has also taken good initiative to settle Goa prior to Kalwa and other locations. We hope that this will pass on positive vibes so that the long pending Wage Negotiations of Kalwa, Transformer, Nashik and Aurangabad will have happy ending.

The settlement was signed by Mr. Praveen Deshmukh Vice President HR and Mr. Mahendra Wani General Manager & Location Incharge Goa on behalf of management and Mr. Girish Ashtekar General Secretary and Mr. Mahesh SawantPatel President on behalf of the union. Committee members and the management representatives were present on this occasion.