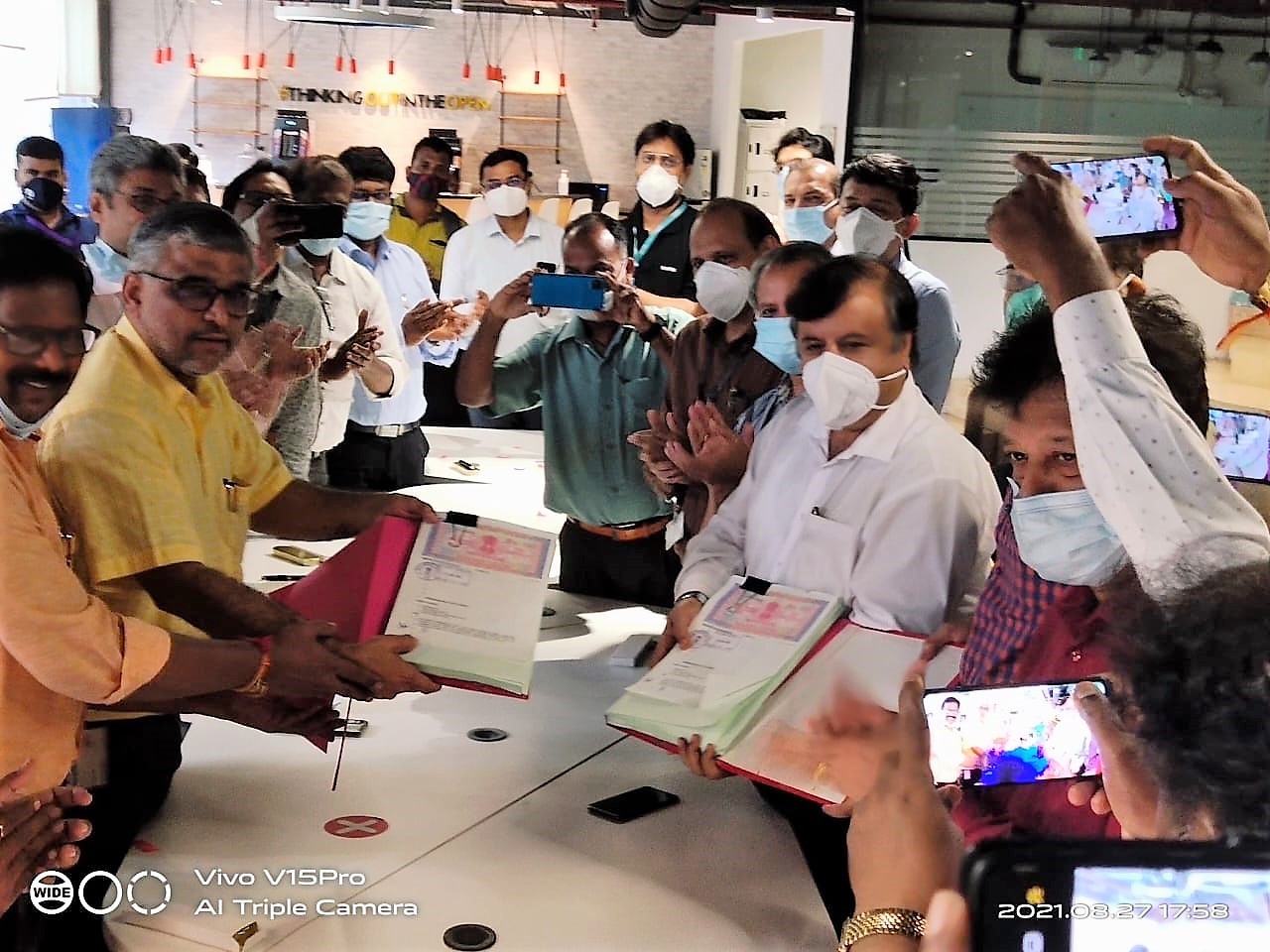 On 27th August 2021 Union has signed Wage Settlement for Kalwa with the Company. This settlement is for three years.

The previous agreement was applicable till 31st dec 2018.

This agreement was signed after facing many difficulties on many grounds internally as well as globally. Closure of one of the units in kalwa and Covid-19 were the main causes of the delay. Once again both Management as well as the Union were able to settle demands of each other by mutual discussion rather than going to the authorities.

Mr. Praveen Deshmukh General Manager HR personally appreciated the maturity shown by SWU during the entire discussion and also while taking covid safety measures. This settlement has given the management the challenge bring more work in order to take the advantage of the new recruitment scheme agreed by SWU in this settlement. Once again the settlement has not only made kalwa sustainable but has also taken care of future orders, new technologies and challenges ahead.

Mr. Mahesh SawantPatel, President SWU paid homage to our ex-president Com. Uday Mahale on this occasion and thanks for the path paved by him which guided us through this process. He also mentioned that
All is well that ends well and now that we have come to an agreement, we should work hard to make our company sustainable and also profitable.

Mr. Girish Ashtekar General Secretary SWU, said that though the settlement was delayed for a very long period the negotiations were fruitful. He praised the Location In-charge for the patience shown by him when the negotiations were on a verge of breaking. He requested the management and also the members to go by agreement as it is a package and do not go beyond so as to maintain harmony in the shop.

Union has succeeded to sign average gain of 34% for the workmen of Kalwa Works. The settlement was signed by Mr. Praveen Deshmukh Vice President HR and Mr. Hemant Narvekar Location In charge on behalf
of management and Mr. Girish Ashtekar General Secretary and Mr. Mahesh SawantPatel President on behalf of the union Committee members and the management representatives were present on this occasion.

A Glimpse of Joy and Satisfaction was seen on the faces of the members on this occasion.

Union is in the process of negotiation for Transformers, Nashik and Aurangabad works.